Ward Off Prostate Cancer With These 4 Healthful Foods

Though experts are saying that prostate cancer by itself typically does not directly cause erectile dysfunction, you will most probably experience some form of sexual dysfunction when you have prostate cancer. This may happen either as a result of cancer treatments you’re going through or because of the psychological burdens of having cancer.

Carotenoids are some of the most beneficial micronutrient antioxidants. You can get them from any yellow or orange-colored fruit or vegetable, although the type and concentration may vary.

So far, scientists have discovered around six hundred different types of carotenoids. Of these, the most common ones that you can get from usual dietary sources include alpha-carotene, beta-carotene, beta-cryptoxanthin, lycopene, lutein, and zeaxanthin.

Among these, lycopene is the one that has been linked to positive effects on your prostate health. In fact, when you eat tomatoes and tomato-based food products, watermelon, and fruits like papaya or apricots, some of the lycopene that you get from these foods will find their way to your prostate gland where they will exert their antioxidant actions.

Cruciferous vegetables are very popular for their wide range of health benefits. These nutritious vegetables are so rich in antioxidants, vitamins, and minerals that they can help protect you from a variety of diseases.

In particular, bok choy, broccoli, Brussels sprouts, kale, cabbage, and cauliflower are known to contain high concentrations of indole-3-carbinol and sulforaphane. These two phytochemicals have been found to have potent anticarcinogenic properties. Indole-3-carbinol, for instance, has been shown to prevent the proliferation of cancerous cells.

Polyphenols are a class of antioxidants that can be found in green tea, coffee, red wine, as well as in many vegetables and fruits. Polyphenols not only help reduce oxidative damage, but they also exhibit anti-cancer properties.

Polyphenols can help suppress the proliferation of tumor cells. These healthful compounds can also prevent the formation of new blood vessels in tumors. In addition, polyphenols have also been shown to promote the apoptosis of cancer cells.

Green tea catechins are some of the most well-known polyphenols. Among the many antioxidants found in green tea, epigallocatechin or EGCG is the one that’s credited for the many positive effects of green tea. The main bioactive compound found in green tea leaves, EGCG can block the biochemical reactions that are involved in the spread of cancer cells.

If you’re fond of eating charred or overcooked meat, you should drink green tea more often. That’s because EGCG is considered a strong inhibitor of the carcinogenic compounds found in burnt meat. Preliminary research indicates that green tea and coffee may help you avoid prostate cancer. That’s mainly due to the high polyphenol content of both beverages.

Selenium has gained a lot of attention from the scientific community in recent years. That’s because this nonmetallic trace element has been associated with many important health issues such as heart diseases, thyroid diseases, male infertility, and various cancers.

Selenium is tied to numerous health benefits because it’s actually an important component of several antioxidant enzymes produced by the body. Plus, selenium is also involved in various bodily functions such as reproduction and DNA synthesis. In fact, selenium is needed for the body to form a type of amino acid called selenoproteins.

High concentrations of selenomethionine, a selenium-containing amino acid, can actually reduce the expression of prostate-specific antigen or PSA, a protein that is produced by both normal and cancerous tissue in the prostate. PSA tests are often used to screen for the presence of cancerous growth in the prostate gland.

Selenium has been shown to exhibit cancer-preventive properties. Selenium has also been shown to slow the growth of cancerous cells in the prostate gland. Higher levels of selenium in the tissues, plasma, and serum have been associated with lower risks of prostate cancer. 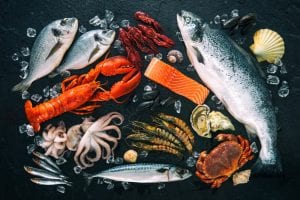 Since it’s an essential trace mineral, you need to obtain selenium from dietary sources, although you don’t need a lot. The recommended dietary allowance for selenium is only 55 micrograms for adults, whereas babies less than 4 years only need 20 micrograms.

Organ meats and seafoods are considered as the best sources of selenium. Brazil nuts and walnuts also contain selenium. If you don’t usually eat seafoods or nuts, you can also get selenium from eggs, turkey, beef, broccoli, mushrooms, and chicken.

Maintaining Your Sexuality When You Have Prostate Cancer

The nerves that are involved in erections are located very close to your prostate gland. Hence, treatments that target the prostate often affect those sensitive nerves. This is why men getting treatment for prostate cancer often develop erectile dysfunction.

Maca is a natural supplement that can help you with both erectile dysfunction and prostate cancer. Maca is actually a cruciferous vegetable, hence it also contains high concentrations of glucosinolates like indole-3-carbinol, which are compounds with anti-cancer effects.