Adding spices and herbs to your food is a simple way to up the health ante of your meal, and in the realm of spices, turmeric — and its active ingredient curcumin — may be the golden ticket.

A groundbreaking study reveals that curcumin may provide a unique solution for overweight individuals by changing the proportion of fat cells in their bodies in favor of the calorie-burning type.

The obesity epidemic is primarily due to highly processed, genetically modified, and chemically treated foods; however, diet is not the only contributing factor. Like all conditions, being overweight is multi-factorial. Chronic stress, exposure to endocrine disruptors, dysbiosis (imbalanced gut biome), and lack of exercise and movement, all play vital roles. The problem continues to grow despite the billions of dollars spent on pills, surgeries, and gadgets that enhance weight loss.

Curcumin in turmeric, however, appears to touch on the root causes of weight issues, among a whole host of additional health benefits.

Difference Between “Good and Bad” Fat

Your body contains both “good” (brown) and “bad” fat (white), and depending on your activity level, environmental conditions, and diet, your body has a particular ratio that significantly affects your health as well as the risk for an entire gamut of diseases.

Furthermore, the majority of the fat found within overweight and obese adults is of the white fat type, and since belly fat is a risk for heart disease and metabolic disorders, we must find ways to reduce the fat around the midsection naturally. A turmeric-based intervention could provide a convenient approach to increasing the brown to white fat ratio. 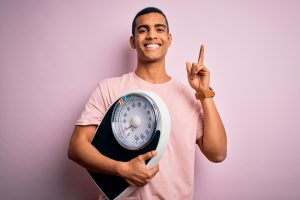 The researchers expanded on these four mechanisms by noting that curcumin is well established as a potent anti-inflammatory agent, and chronic inflammation is the hallmark of most chronic diseases. Obesity and its co-morbid conditions, such as heart disease and diabetes, involve unremitting inflammatory or a dysregulated inflammatory response.

Many individuals are not aware that obesity can contribute to a state of low-grade, chronic inflammation that triggers metabolic disorders such as insulin resistance, and type 2 diabetes. Curcumin appears to modulate several cellular pathways that contribute to this ongoing, damaging process. Indeed, curcumin’s anti-obesity effects may be in part due to its inflammation-reducing properties.

One additional relevant mechanism of action not discussed in this study is curcumin’s capacity to cause programmed cell death in white fat cells. This may contribute to decreasing the overall ability of the body to store unhealthy fat.

Given the research above and the plethora of studies on distinct health conditions, it would be unethical not to use curcumin. Its safety profile is documented, and it has been time-tested for thousands of years in a wide range of cultures.

In fact, curcumin has shown to be at least as effective for depression as the antidepressant Prozac and is capable of preventing the progression of prediabetes to diabetes. It is also known to strengthen and improve your digestion and support healthy liver function.

Which Type of Curcumin (Turmeric Extract) is Best? 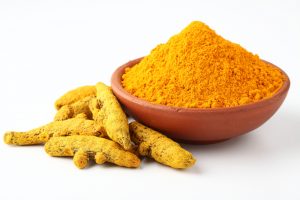 When cooking, choose a pure turmeric powder rather than a curry powder. The curry powder may contain very little curcumin when compared to turmeric. You can also take curcumin in supplement form, which is a more convenient method to achieve the dosage needed for the health benefits discussed above. A high-quality or organic source is your best option.

UltraCore Supplements’ Ultra Focus: Is This The Perfect Nootropic Supplement For You?

Can Probiotics Help You Lose Weight?