The Best Remedies to Rid Yourself of Cold Sores 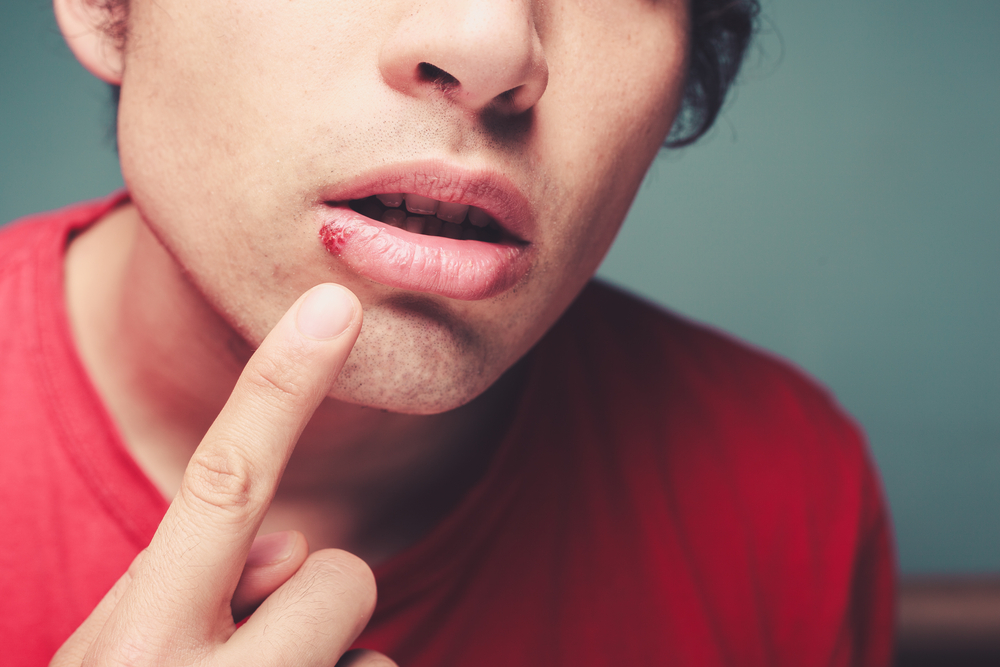 Table of Contents show
1 Catch that shit early.
2 Try antivirals.
3 Try some steroid creams.
4 Use a cold compress.
5 Avoid touching them at all costs.
6 Know your triggers.
7 Use some aloe vera.
8 As stated above, avoid spicy and/or acidic foods.

Cold sores are a bugger to get rid of. And the worst part is that there’s no cure for mouth sores, but there are ways to get them to disappear quicker.

Okay, so for those of you who have had a cold sore before, you know that it consists of a bunch of little blisters getting ready to say hello to that pretty little face of yours (I know using the word pretty isn’t that nice to hear, but you get why I put it there, right?).

Anyways, cold sores are caused by the herpes simplex virus type I, and they’re spread by sexual contact, as all other like viruses are spread. Cold sores can also be spread by skin-to-skin contact, but oral sex is its more common route of transmission.

Now unfortunately, cold sores are really uncomfortable. The good, or bad, thing is that it takes them two to four weeks to clear up. And, what’s worse is that they aren’t only uncomfortable, but they’re also really red, sometimes oozing, and sometimes crusting, around your mouth. To further the bad news, once you get the cold sore virus, it stays, what people call dormant. in your body. In other words, a cold sore can be triggered to rise at any point and time, due to certain issues such as stress, sickness, or hormonal changes.

I know what you’re thinking, all this bad news…Where’s the good news?! Well, the good news is I always have your back. My tips and tricks to having these nasty little things go away are right below, and I hope you take my suggestions seriously. Here we go!

If you diagnose a cold sore early, you’re more apt to stop it from getting really big and noticeable. In fact, you can stop them from fully breaking out if you are aware of the signs and symptoms of one trying to break through your skin. For example, look out for tingling sensations, inflamed areas, itchiness, or subtle soreness in areas where you’re likely to break out. If you feel it coming on, call your doctor right away so that you can start treatment sooner rather than later.

Once again, instead of over-the-counter creams, go with a steroid cream. The primarily relief the steroid cream will give you is reduction in inflammation, which can also help rid yourself of the pain and redness associated with cold sores.

Use a cold compress.

A nice and easy at-home remedy is to apply a cold compress to the area. This tends to reduce the swelling and irritation around the area. To have the best results, take a cool, wet towel and place it on the affected area for approximately 10 minutes. This can be done several times a day.

In addition, many doctors recommend staying away from acidic foods such as tomatoes and oranges, as they can irritate the cold sore.

Avoid touching them at all costs.

Those painful cold sores on your face are not there for you to touch, so please avoid doing so at all costs. Why? Well, because those blisters are filled with fluid that is not meant to be popped, no matter how tempting it is to do so. 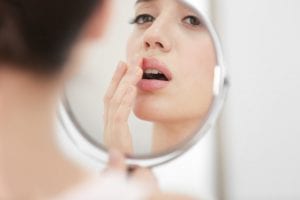 Okay, so let me be the first to say I understand it’s addictive to pick at your face. However, picking at your face when you have a cold sore is the worst thing you could do, as popping one can actually cause a secondary infection to arise, making it even harder to get rid of. What’s worse is that once a secondary bacterial infection starts up, it’s even harder to cure, and can ultimately lead to horrible scarring.

As previously stated, common triggers are activated when you’re stressed out or getting sick, or if you have dry skin. Unfortunately, an additional trigger is too much sunlight, which in turn means too much tanning.

With that being said, know and understand your triggers. If too much sun is one of them, for example, be sure to put on the appropriate sunscreen before going outside. For extra protection on your lips, put on some Chapstick, too.

Use some aloe vera.

Aloe vera is no miracle applicant, but it definitely helps the cold sore situation. Specifically speaking, aloe vera can help reduce the pain associated with having a cold sore. In addition, the applicant has vitamins A, C, and E. Such vitamins can help with the healing process.

As stated above, avoid spicy and/or acidic foods.

I understand that this may be torture for those of you that are obsessed with eating spicy foods of any variety, but trust me when I say, avoiding such foods will help you in the long run. Specifically, avoid such foods when your sores are open, considering that they haven’t scabbed over yet. Avoid foods that are spicy such as hot sauce, buffalo wings, and chicken Mozambique. In addition, avoid acidic foods such as pineapple and tomatoes.