Smoking Can Destroy Your Sexual Health

Decades of scientific studies have shown us the varied ways by which smoking can damage our organs, health, and quality of life. Despite the numerous health risks, many men still continue to smoke. Below you’ll find reasons why you should stop smoking, if only to save your fecundity and virility.

Tobacco consumption has severe detrimental effects on various semen parameters. That’s why smokers are always warned about how smoking can make them infertile. For one, smoking can lead to lower sperm counts.

Although by itself, having a low sperm count does not necessarily mean that you are infertile, it significantly reduces your chances of successful fertilization. Coupled with other sperm parameter issues also caused by smoking, your chances of becoming infertile increase drastically. 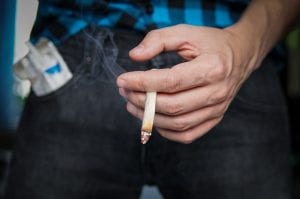 The lower your superoxide dismutase levels, the more vulnerable to oxidative damage your sperm becomes. When your sperm gets damaged, it can result in abnormal tails, or misshapen heads, or DNA material damage. This greatly reduces your number of viable sperm.

Smoking and Your Reproductive Organs

Smoking won’t cook your testicles the way it will nuke your lungs. But the damage that smoking does to your reproductive organs is on a similar scale. One of the reasons why smokers tend to have poor semen quality is that smoking actually causes structural changes in your testicles.

Smoking can cause a reduction in your spermatogenic cells, which means that the cells in your testicles that are responsible for producing sperm actually degenerate due to smoking. In addition, smoking can also cause your epididymis to become distorted.

Aside from the damage to your testicles, smoking also impairs your sexual function. At the very least, smoking can cause your penile arteries to become constricted. That means that your blood vessels become so narrow, not enough blood can pass through. 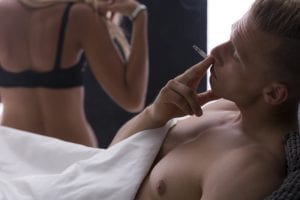 As a result, when you need blood to flow to your penis in order to achieve an erection, it may not happen at all. In fact, the association between tobacco consumption and erectile dysfunction is very high. Moreover, men who lose their ability to engage in sex also tend to lose their desire for sex, which further complicates the problem.

Smoking is also known to result in decreased libido. Typically you’d expect your libido to start waning when you reach your senior years. But for young men who are only in their 20s or 30s, smoking can cause their libido to gradually decline.

Regaining Your Sex Life and Fertility

If you’ve already quit smoking but haven’t fully recovered your erectile function or fertility yet, you may want to consider taking a male sex enhancement supplement.

Natural male sex enhancement supplement also contains maca and tongkat ali, two impressive herbal remedies that are known to increase your energy and endurance levels. In fact, both maca and tongkat ali are often used in energy drinks because of their ergogenic properties. This means that when you take it, you can last for hours in the bedroom.

What’s even more impressive about this is that its natural ingredients are also known to enhance male fertility. For instance, Tribulus terrestris is known to help increase the number of motile sperm. That’s because Tribulus terrestris also has antioxidant properties which can help protect your sperm from being damaged by oxidative stress.

I Want to Lose Weight but Not All My Muscle Mass