Level Up Your Workout! Why You Should Gamify Your Fitness

Home / Level Up Your Workout! Why You Should Gamify Your Fitness
by Total mens Lifestyle | Fitness | 0 Comments | 25 Jun 2018 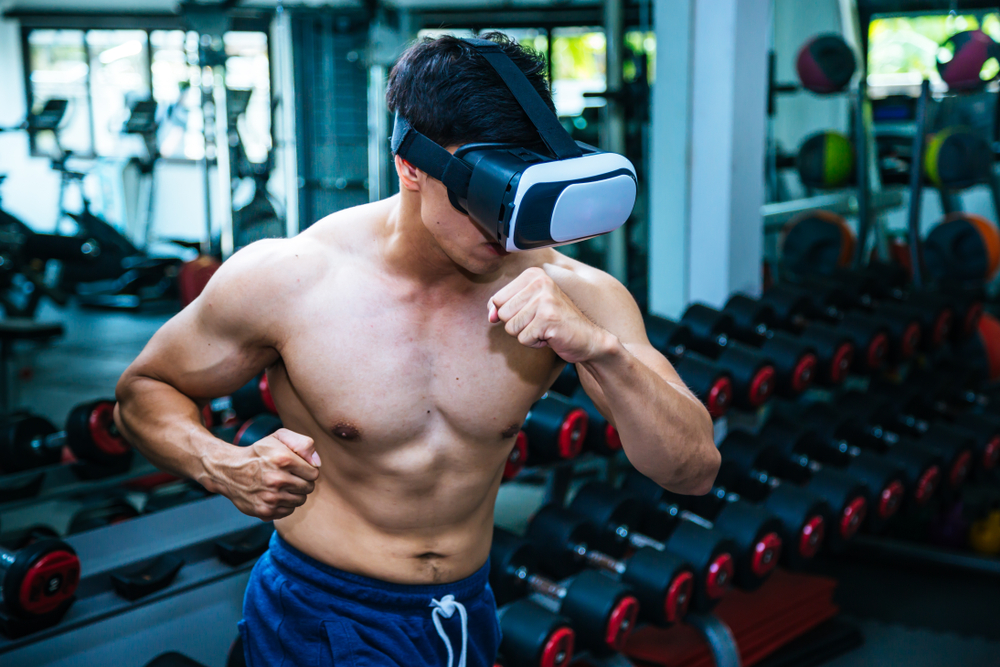 Table of Contents show
1 Your mom is a liar – games can be a workout.
2 What Does Science Tell Us About Gamification?
2.1 Games Make the Big Picture Clear
2.2 How Can You Apply Gamification to Fitness?

Your mom is a liar – games can be a workout.

But you knew that. Few things can work up a sweat like trying to play “Through the Fire and Flames” on Guitar Hero 3 or trying to defeat Skolas in Destiny for the 100th time, a challenge so ridiculously difficult that it was ranked #1 on Vulture.com as the hardest video game boss. You could probably flex those ripped wrist muscles that you developed from all those hours of frantically pressing the buttons on your controller or keyboard. And endorphins? You’re pretty darn sure that beating an entire game makes you really happy.

In all seriousness, however, while video games can boost your heart rate and make you sweat (and really, finally beating that boss feels so good), even the most hardcore video game enthusiasts would have to agree that most video games do not count as exercise. But they are addictive. And that’s exactly why you should “gamify” your fitness.

What Does Science Tell Us About Gamification?

Science provides various insights on why gamification — the application of fun and addictive game elements to other activities — works so well. In order to understand gamification, you need to understand why games are so addictive in the first place. After all, there must be reasons why you stayed up until 4 AM on a school night playing World of Warcraft as a teen instead of finishing your homework, right? 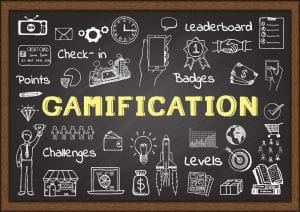 People love playing video games because they love being rewarded. When you level up or beat a boss, your brain releases dopamine, also known as the pleasure hormone. Repeated triggering of dopamine release is similar to the conditioning method of Pavlov’s dogs: Dopamine influences complex circuits in other brain areas, and repeated activation of these circuits modifies neural connections so that your brain becomes conditioned to start craving the rewards. And with video games, the conditioning power is heightened because the rewards are sporadic, meaning there is a huge spike in the level of dopamine whenever you accomplish a goal in the game.

Games also feed the human desire to interact with other humans. The days of sitting by yourself in your room in front of the TV and playing video games are long gone. The most addictive games nowadays encourage or require team play to advance, allowing players to interact with other players worldwide. Since team components are so important in many video games, players feel responsible for advancing their characters enough so that they can have a greater contribution to the team.

Video games have bore the brunt of criticisms from those who say they encourage laziness and violence. In 2018, the World Health Organization included game addiction — holding games as a priority over personal and professional responsibilities — as a mental health disorder in their latest disease classification manual. It also doesn’t help that the obesity epidemic in the U.S. has reached a record high, with 70.7% of Americans being either overweight or obese.

But let’s face it — exercising can be incredibly boring and demotivating, especially when you don’t see the number on the scale budge after a week. Like millions of Americans, perhaps one of your new year’s resolution was to finally lose weight or to get in better shape. But your promise to yourself to work out daily last what, two weeks? Maybe three weeks?

The fact is, games make it very clear to players WHY they do what they do. In other words, players get the big picture, and they are willing to put in the hard work and sacrifice. The problem isn’t that people aren’t getting fat because they don’t have great work ethics these days; when it comes to video games, people have AMAZING work ethics, working tirelessly late into the night to level up fictional characters or to gain enough points to earn first place on the leaderboard. You just need to turn fitness into a game.

How Can You Apply Gamification to Fitness?

Exercising can be fun and enjoyable. Waiting for your game to load? Try to see how many push-ups or squats you can fit into the loading time. Then on the next loading screen, try to increase that number by one. Or better yet, get your family members or friends involved to see who can hold the longest plank. If you need a more tangible reward, check out sites that offer prizes like shoes for accomplishing a fitness goal. Some sites like HealthyWage also offer monetary incentives if you reach your goal weight, and the reward can be even greater if you sign up as a part of a team.

Before you think that getting fit means putting down your controller, however, there’s good news — game developers are paying attention. If games contribute to the problem, developers feel that they can also be a part of the solution. Mobile games like Pokemon Go and sports games on Wii try to encourage gamers to get off the couch and be more active, using in-game incentives like walking to hatch Pokemon eggs as a way to boost fitness. Other gamification fitness apps include:

If you’ve been struggling to get fit, the best way to get started is to create little habits that you can improve upon later. You can even start off with something as small as walking around your block just once. Whenever you complete the task, be sure to reward yourself. Whatever your motivation is, the most important thing about gamifying fitness is to find what works for you. Get family and friends involved for more fun and as a little bit of friendly competition so that you’ll all feel more motivated to get fit.