Get to Know these 9 Sneaky Signs of Depression 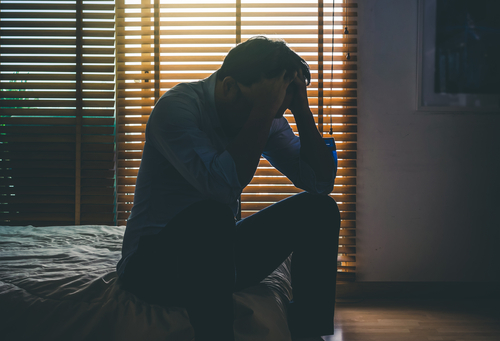 Some signs of depression are underhanded, hindering you from seeking help when it’s already necessary. So, you get on with your life like these signs are nothing and you continue to suffer when you have a choice to stop your mental and emotional afflictions. Thus, it’s important to get to know them in order to assess yourself prudently. It’s also crucial that during this process, you allow those people around you to help, too. 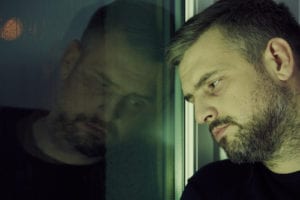 Mental problems and pain share some similar biological pathways and neurotransmitters. According to studies, around 75 percent of people who struggle with depression also suffer from persistent or chronic pain. Research shows that you’re quick to tune into your body more cautiously, which make you feel the sensation of pains more intensely.
There could also be other indications, such as stomachaches and headaches. In general, depression makes you encounter greater sensitivity to pain generally. In a study found in the Archives of General Psychiatry, it was determined that when despondent individuals expect pain, their brain activity signifies more emotions but less coping abilities. This is the reason why they’re less capable of dealing with the pain.

People with depression turn to comfort food to feel, well, comfort. This is where cakes, ice creams, and other sweets come into the picture. And although these food items can effectively increase levels of serotonin, a mood-enhancer brain chemical, indulging with these treats for a significant period of time can result to weight gain, as well as feelings of guilt and indignity. Overall, this does nothing to address the original cause and just really makes you feel worse because your clothes don’t fit you anymore and you kind of have no idea how it happened. In a study published in the journal Obesity, it was found that great levels of stress and depression make it harder to shed pounds and be committed to efficient weight loss management techniques. On the flip side, there are some people with depression who lose weight instead of the opposite as their affliction represses appetite.

If your emotions explode over petty arguments or you have the inclination to turn the smallest issues into seemingly life-changing ones, you may be suffering from depression. In a study published in the journal of JAMA Psychiatry in 2013, 54 percent of participants who are depressed reported feeling hostile, cranky, belligerent, or mad. When you’re already on the negative side, you’re also more prone to feeling more negativity. Your state, which is depression, puts you pretty much accessible to feelings of aggravation, rage, and bad temper. 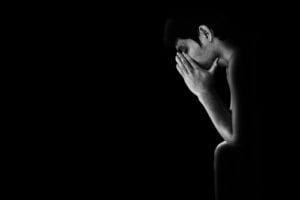 When you feel nothing, it may be a sign you’re getting the blues. People typically are motivated by something every day, whether it’s their professional lives, romantic relationships, fitness goals, or even as mundane as making coffee in the morning. But if there’s nothing that makes you want to move, that’s a sign that shouldn’t be ignored. Even things that once made you happy or made you cry are now hardly remembered. This sort of indifference is one of the strong signs of mental illness. Being indifferent, you tend to push people away uncaring of the love and support they’re trying to give.

5. You’re starting to drink a lot

If your alcohol intake starts to become greater every night, it’s possibly not just because you’re tired from work. A study determines that almost one-third of people who are depressed also struggle with a drinking problem. Even if one drink can help alleviate the negative emotions, a second or third drink can just make them worse. This means greater fury, hostility, anxiety, and sorrow. The US Department of Health and Human Services sets the normal alcohol intake to one drink each day for women and two drinks each day for men.

People who have more interaction online than in the real world may be depressed. Being a compulsive gambler or shopper, particularly in the online platform is another sign. People with depression may feel dispossessed of real human relations, so they may use the online platform to get away from their feelings and thoughts. Internet addiction and depression are segregate diagnoses, but they frequently have overlapping characteristics.

If you’re daydreaming a lot about something that’s not part of your life, like how you’re traveling abroad to study arts and meeting a movie star who’ll love you intensely, could be a sign you’re not happy. Harvard University psychologists reported that when people are happy, their minds are strongly focused in the present. So, when our minds stroll for hours every day about a life we don’t have, it makes us anxious, sad, and pensive. It’s true that daydreaming can help be creative to address problems, but it’s more likely that a wandering mind is a sign of poor mood.

Every day our lives are made of conscious decisions and according to a Columbia University study, we make 70 of them or higher. Most of them are pretty easy though – wear flats or heels, the blue or the black tie, coffee or tea? But with depression, these no-brainer choices we make everyday become heavier, making it tougher to make a choice over something that used to be trivial.

People with depression start to fall short when it comes to their grooming and hygiene routines. In a survey
conducted in 2014 of over 10,000 participants, 61 percent of those who had poor oral health also reported to be struggling with depression. The more dental problems they experienced, the more serious their predicament was. Eventually, being indifferent to physical appearance until it causes misery or dysfunction is a solid symptom that there’s an internal, underlying problem that needs to be addressed.