Best foods to Stimulate Weight Loss and Boost your Metabolism

Adjusting our diet can be one of the hardest things to address. However, there are easier ways to change your diet and loss weight than counting calories. Eating foods that naturally boost your metabolism can cause your body to lose weight.

Foods that boost your metabolism include:

Green tea is more than just a great start to the day! A research study published by the American Journal of Physiology examined the consumption of green tea in correlation with obesity and thermogenesis. The research revealed that green tea has high quantities of polyphenolic components, which are compounds found in natural foods. Some of the polyphenolic components found in green tea are epicatechin, epicatechin gallate, and epigallocatechin. These components trigger the body to go into thermogenesis where the body burns calories to produce heat. Additionally, green tea stimulates the body start the process of fat oxidation, which is where fatty acid is released from fat cells on the molecular level and is then passed through the body and excreted.

Moreover, green tea also contains caffeine and caffeine is also a natural in stimulating of thermogenesis. 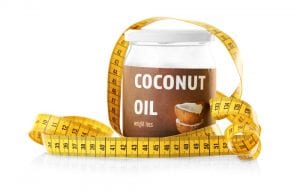 In addition to being tasty and a healthy option for lipids, coconut oil can also boost your metabolism. In an article published the Pharmacological Research, scientists examined the fat content of participants after maintaining an assigned diet of Medium-chain triglycerides or long-chain triglycerides (coconut oil) for a period of 12 weeks. Research showed that participants who consumed the MCT were less likely to see an increase in body weight in comparison to participants who consumed LCT. In addition, the MCT has increased the risk of stimulating thermogenesis than that of LCT.

Another research published by The American Journal of Clinical Nutrition revealed that the triglyceride concentration in plasma shows a 68% increase after a meal comprised of LCT.  A meal comprised of MCT did not show an increase or a change at all.

Enjoy drinking coffee? Go ahead and drink another cup. Studies have shown that coffee can boost your metabolism due to the caffeine present in the product. A research study published by the American Journal of Clinical Nutrition monitored the metabolic rate and energy expenditure of 18 students after a dose of 100mg of caffeine. The study revealed that the metabolic rate increased about 3-4% among the participants during a period of 150 minutes and induced thermogenesis is participants who posted obese. Therefore, drinking coffee can help you to reach your weight loss goals while enjoying a drink that you love. You may want to consider, however, drinking your coffee black or with little additives such as creamers, sugar, and even specialty drinks contain a lot of sugar, and this can counter interact the effect of coffee on your body.

Eating almonds are pretty beneficial to your health, not only do they reduce your risk of developing coronary artery disease and regulates blood sugar levels thus reducing your risk of developing diabetes, but they may also have an effect on your metabolism. In a research study published by the Journal of the American Heart Association, researchers conducted a trial with 52 middle-aged, obese adults over a period of 12 weeks. The participants were split into two groups where one group ate 1.5 ounces of natural almonds and the other a banana muffin which had the same number of calories. The participants who ate the almonds reported having lower LDL cholesterol (bad cholesterol) while the participants who ate muffins reported having reduced levels of HDL (good cholesterol). Eating almonds helps you to reduce you the amount of fat and cholesterol in your diet, thus boosting your metabolism.

Although they may be small in size, Lentils have a large effect on weight loss and triglycerides deposits in the body. A research study, published by The American Journal of Clinical Nutrition, showed a significant impact of implementing lentils in the diet. The research followed 21 clinical trials which consisted of 940 adult men and 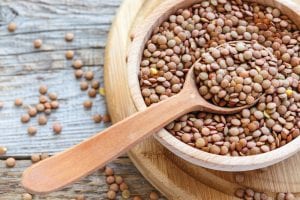 women who ate ¾ cup or 130 grams of lentils a day. The participants reported lost an average of 0.75 pounds over the course of six weeks.

Lentils are also a great source of protein and can work as a healthier protein supplement alternative for foods from animals. Lentils are low in fat and are digested at a slower rate which as another study shows, can reduce bad cholesterol by 5% and lowers your risk of developing cardiovascular disease.

Hot peppers also induce the process of weight loss. The component capsaicin is responsible for the spiciness in pepper and has been clinically proven to boost your metabolism. Research shows that capsaicin induces the process of thermogenesis and the bringing of fat cells through an increase of energy expenditure. Another study shows that consuming pepper in reasonable dosages can cause the body to burn at least 10 calories per meal, which could result in approximately a pound of weightless for the average male.

Although this food can help you lose weight it is important to take your spice tolerant into consideration so that you do not make yourself sick or harm yourself in the process.

Eating these foods can boost your metabolism and increase your chance of achieving your weight loss goals. However it is important to eat these foods in moderation in accordance to a healthy balance because n excess amount of any type of food, no matter how healthy it is can have negative effects on your body. Additionally, eating these foods should not replace having a balanced diet or exercising at least three times a week. These foods should supplement your healthy lifestyle and not dominate it.

So, go ahead, get a coffee, eat something spicy. Your body and metabolism will thank you for it.

10 Home Remedies for the Flu

Can Probiotics Help You Lose Weight?