A Review of SierraSil Joint Formula 14: Is this Harmless and & Efficient?

It is fact that 20 percent of people in North America go on with their lives while suffering from joint pains. This information is based on a survey by ABC News, USA Today and Stanford University Medical Center. This is actually surprising and saddening at the same time. Also, the said survey also divulged that more than a quarter of people who have used pain medications have voiced out their worries on the health implications brought on by taking drugs as pain relievers. That’s why there are other alternatives now for joint pains other than over-the-counter drugs. One example is the SierraSil Joint Formula 14, which is said to be from purely natural components, hence there won’t be any health risks involved since the ingredients are all natural. It is claimed that this joint pain solution can also detoxify. The formulation of this product has a proprietary element that’s called SierraSil®, purported to have curing traits.

What It Says It Can Do

According to the company behind this product, SierraSil Joint Formula 14 can address the following:

Minor pains and other achiness

Pains in muscles and joints, as well as pains related to backaches

What are the Components? 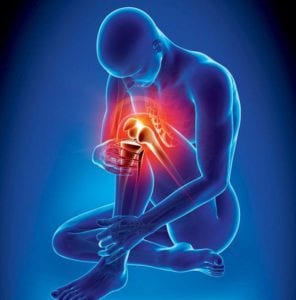 Below are the elements present in SierraSil Joint Formula 14’s formulation:

Aloe Vera: aloe vera oil is created when the plant itself is softened. It is then permeated with base oil like soybean or almond, which generates an extract. In some studies, aloe vera oil has shown properties of being anti-viral, anti-bacterial, anti-fungal and anti-inflammatory.

Eucalyptus: the dried leaves and oil from the eucalyptus tree is used for medicinal purposes. This is also utilized for healing osteoarthritis, as well as joint pains associated with rheumatism.

Lavender (LavandulaAngustifolia: basically lavender is a plant known for its fragrant smell that’s both relaxing and invigorating. This plant is also well-known for its capacity to sooth you that it’s ideal for use before sleeping. Meanwhile, it also contains harmonizing traits that’s able to increase energy levels and endurance.

Peppermint oil: as its name implies, it comes from peppermint plant, a form of plant that’s between water mint and spearmint.

Rosemary oil: this ingredient is actually one of the most prominent oils that have been used for a long time thanks to its wide range of health gains.

As claimed, SierraSil Joint Formula 14 is said to contain pure and natural components only.

All these components are plant-based, which make it generally safe for regular use.

This product can offer instant relief from pain and other kinds of joint and muscle discomfort.

What are the Adverse Reactions?

Since SierraSil Joint Formula 14 has a formulation composed of purely natural elements, there aren’t any adverse reactions expected. Any side effects that the product may cause shall only be regarded as an allergy. Those people with high skin sensitivity may encounter soreness, redness, itchiness or skin rashes.

SierraSil Joint Formula 14 is intended for direct use to the skin, unless there’s an open wound, which is a big no-no. Every use of this product is expected to generate respite from pain momentarily. You can always use it again after the soothing results have disappeared just as long as you don’t use it over four times per day.

Technically, SierraSil Joint Formula 14 should provide a momentary pain relief since it has potent components that have been utilized traditionally to address joint pains and other kinds of aches. On the other hand, this joint solution could also generate various results on various people. The variations should rely on how it is used, the seriousness of the pain and the anticipation of the individual.

Do not let it near your eyes and should this occur inadvertently, just rinse your eyes with cool water and go to the hospital ASAP

This product is not recommended for kids below two years old

SierraSil Joint Formula 14 is not for you if have an allergy to any of the listed components, or if your skin is sensitive

As mentioned, don’t use SierraSil Joint Formula 14 more than four times per day

What Users Have to Say? 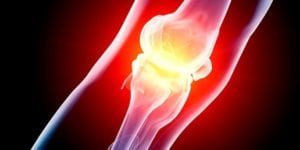 SierraSil Joint Formula 14 may have a great presence on the web, but customer feedbacks are actually limited and hard to find. Though this joint pain solution may be efficient in providing immediate respite from aches, the effect does not last very long.

A Product Review of Garcinia Melt

A Review of the Product Max Test Ultra