A Product Review of Re-Body Meratrim

This product is a dietary supplement. Named Re-Body Meratrim, it purports to be a cutting-edge formula that comes from fruit and flower sources. With its promising formulation, Re-Body Meratrim says it’s been clinically demonstrated to show weight loss effects in eight weeks. Reportedly, this product has no stimulants and says to promote a stable level of adiponectin. This can aid in the torching of fat and help in achieving your weight loss aims.

Since most dieters badly want to find the ultimate solution to help them with their weight loss, they’re likely game to try anything that promises to be different. Given this, is Re-Body Meratrim the kind of supplement that offers something new and real or is it just like other products with nothing but promises?

Understanding How the Product Function 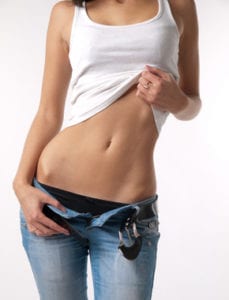 You probably first learned all about Meratrim after appearing on the Dr. Oz program back in February 2014. The talk show host said this product could aid in the releasing of your stored fat and getting rid of them for good. The result is weight loss, of course. In the present, Meratrim was rebranded and became Re-Body Meratrim. This new version asserts that it is an exclusive, combination of natural fruit rind and flower extracts, which has been clinically proven to decrease the circumference of the waist and hips for a period of about eight weeks.

Essentially, Re-Body Meratrim has only two components: the Sphaeranthus indicus flower and the Garcinia mangostana fruit rind. These two are said to be selected for their anti-adipogenic and lipolytic capacities. To personally experience these claimed positive results, the manufacturer says you have to consume one 400 mg capsule of Re-Body Meratrim two times every day, morning and night, 30 minutes before eating your meal.

This supplement is also said to be stimulant-free and to be produced sans artificial additives, sugar, soy, gluten, synthetic colorings or flavors.

When you order from the company itself, the price of this supplement is $39.99 plus shipping and handling fee of $5.95 for a pack of 60 capsules. You can also buy Re-Body Meratrim from independent resellers such as GNC, Amazon and others.

To be able to determine its efficacy in helping you lose weight and increase your energy levels, you need to consider the following:

There was an Indian research that was referenced in order to support the company’s claims about Re-Body Meratrim, however, the said study is not accessible online. Furthermore, the scientific proof that Sphaeranthus indicus or Garcinia mangostana in Re-Body Meratrim can generate any weight loss effects is not strong and lacks credibility.

What Users Have to Say?

The consumer feedbacks we found on the web appear to be mixed. Some users have claimed Re-Body Meratrim really did help them shed pounds and trim down their waistlines, while some users said the supplement didn’t generate any meaningful results. The ones who were not pleased with Re-Body Meratrim even said that it triggered adverse reactions such as being nauseous and having headaches. Some even said they had reflux as a side effect of taking the product.

The official site of the supplement itself said that proper nutrition is required in order for Re-Body Meratrim to work. The company specifically said that one must have a 2000-calorie diet daily and undergo a workout lasting 30 minutes each day, 5 times a week while taking Re-Body Meratrim. Supplements like Re-Body Meratrim won’t work in the first place if there’s no healthy eating and exercising involved.

This product could possibly help you increase your chances of losing weight, but bear in mind that the main works you can do is to observe proper nutrition and engage in regular workouts. These two are the only proven methods for weight loss and maintaining a healthy body.

A Review of the Product Max Test Ultra

A Product Review of Trim Factor