Table of Contents show
1 1. It strengthens the immune system
2 2. It acts as an exercise
3 3. It enhances your posture
4 4. It helps improve sleep
5 5. It is a natural anti-depressant
6 6. It reduces stress levels
7 7. It boosts mental alertness
8 8. It is good for the heart
9 In Summary

Singing alone is fun already. For those who love karaoke, singing paves the way for a bonding experience between family and friends. But did you know that singing is beyond just mere fun? It’s not just showing off your singing prowess or just fooling around over a catchy pop song. It’s more than that. Amazingly, singing has actual health benefits and some of them are even surprising.

Here are 8 health benefits of singing that’ll make you love music even more:

1. It strengthens the immune system

It was found in a study that singing can be strongly beneficial for the immune system. In a research where choir members had an hour long rehearsal, it was determined that the antibodies in the immune system called immunoglobulin A were essentially higher post-rehearsal. When the choir members were only made to listen to music, the same boosts were not detected.

2. It acts as an exercise

The lungs can enjoy a workout just by singing. It’s also been found that singing can also toughen your diaphragm and rouse your entire circulation. Some experts even consider singing to be capable of augmenting your aerobic aptitude and endurance since you draw up a larger amount of oxygen when you belt out some tune.

3. It enhances your posture 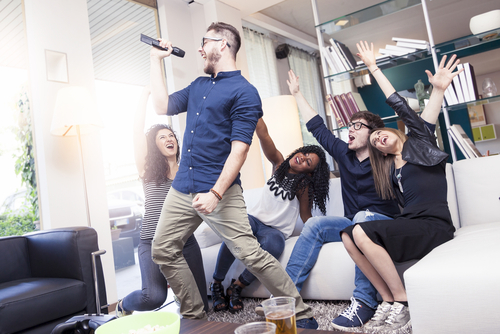 When you sing like in a choir, a firm and erect body stance is part of the proper singing procedure. Over time, this will naturally correct your bearing as it becomes your habit. Also, when your chest cavity widens and your shoulders and back are brought into line, your overall posture also improves.

Experts suppose that singing can help support throat and palate muscles, which then helps put a stop to sleeping problems such as snoring and sleep apnea. Those who suffer from these problems would know how horrible these are and how difficult it is to get a restful sleep. Thus, the revelation that singing can help alleviate these sleeping issues can help those who suffer from them.

5. It is a natural anti-depressant

The act of singing can secrete endorphins. This is the feel-good chemical in the brain that makes you cheerful and in good spirits. Plus, you would know that by simply belting out your favorite song you would feel awesome already. It’s that effective. Interestingly, scientists have also discovered a tiny organ in the ear, which is called sacculus.

This organ responds to the frequencies produced by singing. This response then generates an instantaneous sense of delight. It doesn’t matter what the ‘performance’ resonates like, there would still be pleasure from the act of singing alone. 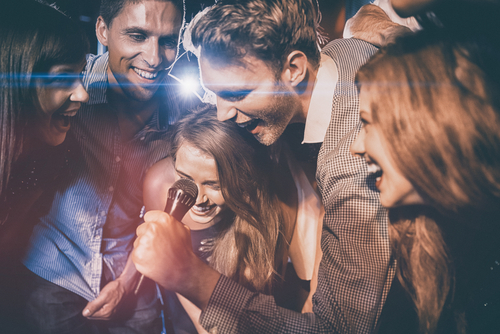 Creating any kind of music is already soothing on its own. It even becomes more so when you’re singing. This is because singing releases stored muscle tension and reduces cortisol levels in the bloodstream, which helps alleviates the stress you’re feeling.

When you’re singing, you’re also augmenting blood circulation, as well as increasing oxygen in the bloodstream. This then allows more oxygen to reach the brain. As a result, your mental alertness, focus, and memory are improved.

8. It is good for the heart

Since singing requires certain patterns in your breathing, it can also be good for your heart. Somehow, it’s comparable to yoga in terms of breathing and both yoga and singing are supposed to help enhance what’s recognized as heart rate variability. This is the measure of the sum of time between heartbeats.

Apart from these health benefits, singing also has social benefits. Whether you’re in a choir or just fond of karaoke, singing brings you closer to other people and this bond you have with them also increases your sense of happiness and well-being. Singing also improves your self-esteem. When you’re confident, you can do a lot of things and can easily excel in your endeavors.