7 Reasons Why Men Should NOT Pay on the First Date 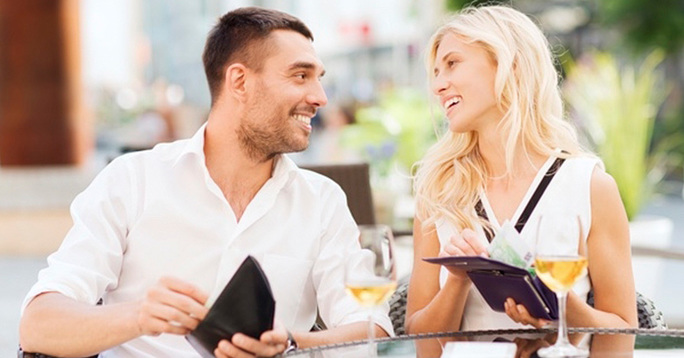 It’s the age old question. Should the man pay on the first date? With all these online dating “apps”, dating has become a whole new beast. Gone are the days when you’d hem and haw over asking the one girl who you sorta kinda like and when you do, she says no and then it’s back to square one. We’re investing a lot less energy and time in dating, so shouldn’t we be investing less money as well? Here are all the reasons why you shouldn’t foot the bill at the end of your rendez-vous.

You’re doing it for your ego

Why do guys get all butt hurt when the girl insists on paying? They get a little…awkward. As if they’re not really a man because they’re not rich aka not successful aka low status. Ask yourself why you feel like you need to pay. Is it to prove to the girl that you’re a “good guy”. You don’t even know this girl. Of course it’s ok to pay when it comes from a place of complete non-neediness and you’re totally independent of any kind of outcome. That’s not likely what’s going through your head when the bill fold gets dropped on your table though. You’re thinking, “If I pay, she might like me more”. You’re doing it for all the wrong reasons and you know it.

If you pay the bill, you feel pretty good about yourself. Well good for because she’s sitting over there feeling hella awkward. She’s thinking “Oh, he’s paying…he’s going to expect me to go home with him…what do I do now?”. Even if you weren’t expecting anything from it, but let’s face it…you definitely were, she’s still going to feel the pressure. It might make her uncomfortable especially since you both barely know eachother. A good rule of thumb is to find out if she actually likes you, and then you can pay the bill all you want. Realize that you are creating a potentially awkward situation for her. At least give her the chance to pay if she wants.

She might be trying to get a free meal

Trust me when I say, there are some broke girls out there who will pick a different guy to go out with a few times a week just to get a free meal. Don’t believe me? Ask your sister. She’d probably agree it’s actually a pretty smart idea. You’ll be able to tell she only wants you for your money if she suggests grabbing food even though you have suggested drinks. She also might “go to the bathroom” when the bill comes or not even pretend to reach for her purse. If she doesn’t reach for her purse, do not pay. How can people be so evil?….Don’t say I didn’t warn you.

Yes, feminism is alive and well and it’s never been more prominent in our culture. Truth be told, most girls are expecting to split the bill at the end of a first date, especially one where you’ve only had previous contact online. Some girls could get sour if you offer to pay. “What, you don’t think I could pay for myself?”. Although that honestly is pretty rare since girls are taught to “always be polite”. You don’t want to accidentally offend her by doing something you see as totally harmless and normal. After you get to know eachother, there’s nothing wrong with treating her to a little this or that now and then, but don’t push it.

You will seem less attractive to her

Yes, it’s true. Can you believe it? When you pay, it makes you seem like you have something to prove. Women know what’s going on, they can see right through your facade. You want her approval, and paying for the bill is doing just that. This will make her instantly less attracted to you. 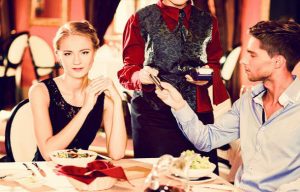 But wait? This goes against everything I’ve ever learned from the movies and TV! While it’s true that women will see you as a provider and a “man” if you pay and thus becoming more attracted, if you look at the reason BEHIND why they’re thinking that, it’s because of the control you have. You are in a way “taking control” of the situation and that in itself is what is making her want you even more. Why not “take control” by saying “I wanna split the bill, I don’t know you well enough yet, make sense?”. Just remember it’s not WHAT you say, it’s HOW you say it. If you present your idea to split the bill in a flirty, confident way, she won’t even know what’s happening. In her mind, you’re the man because you’re making the decision. You’re not leaving anything up to chance, you have it all planned out. That’s what gets her attracted.

She agreed to go out

If she agrees to go out with you, isn’t it safe to assume she can pay for herself? It’s like asking a friend to go check out a bar and if they can’t afford it, they’ll say “sorry man, I’m trying to save money”. Totally fair right? The thing with dates though, is that they’re filled with excitement and promise. You kind of HAVE to invest your money in a potential life partner that will make you happy until you die, I mean… whi wouldn’t? So by agreeing to the date, she should be preparing to pay her own way and honestly most of the time she does.

You’re gonna go broke if you keep this up

Your money is way better spent on something that will 100% make you happy. Banking on all these potential girls is like shooting with your eyes closed. When going on a first date, don’t even go to a place that serves food, go to a coffee shop or grab an ice cream cone or go to a cheap dive bar and have drinks. Drinks are fun, low maintenance and cheap. You probably have no problem spending 6$ on a pint of beer and the potential to meet your soulmate. It’s simply not worth it to spend anymore than that. The odds are against you for a second date anyway, especially in this age of infinite choices. Keep it cheap and only pay for yourself.