6 Male Fetishes That You Didn’t Realize Were That Common

The concept of sexual fetishes tends to be saved for the deviants. Many people like to think of themselves as normal, either ignoring their fetishes altogether or denying them to anyone outside the bedroom. This kind of behavior is fairly common. So common in fact that it turns out many people have the same fetishes but they like to keep it behind closed doors. A study showed that 75% of men have at least one of these fetishes: 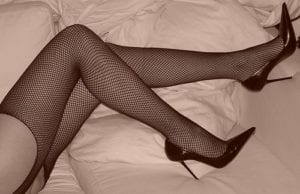 This may seem complicated but this is one of the most common fetishes that men have, especially when they are young. This is the attraction or fetish for older women. A very Freudian concept, it is not uncommon for many men below the age of 25 to have this fantasy. After all, a little experience can go a long way!

Swinging is far more common than people realize. Although usually reserved for married couples, this act is found in all different ages and all different sexualities and sexual arrangements. Swinging can range from sex parties to private swinging dates. Most usual in middle-aged couples, this fetish is really being kept on the low down behind middle class suburban doors!

Foot fetishes are often talked about in movies and as the butt of jokes. There have been several explanations surrounding why so many people have foot fetishes, including the fact that sex lowers your levels of disgust, making things that would normally appear disgusting as sexual, in this case, the feet. However, women have very sensitive feet, with pressure points which stimulate different zones of the body. The likelihood is that men have foot fetishes because they see the response and feel from women when they play with their feet. 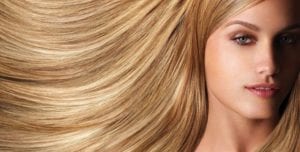 Many men say they don’t really go for girls with short hair and they may not know why. Similarly the same men may be drawn to girls with long flowing hair, or find themselves playing with a girl’s’ hair while they have sex. The likelihood is that he’s a trichophile and gets turned on by hair. This is a fairly common fetish but many men don’t realize that it is a fetish.

Many men love to be controlled by a woman, experiencing small amounts (or in some cases large amounts) of pain. This sense of masochism usually comes from the need to feel like you are not in control of everything all the time. For a man who feels like they have to play the dominant role in the world, masochism can be a release from this.

Feel like you want to keep yourself going through a night of experimentation to give one of these a try? Try taking ‘Sexual Overdrive’ to boost your energy and get you in the mood to try something new and naughty. If you already know you have one of these fetishes, don’t be ashamed to test it out. Just ask subtly and get the ball rolling. You will be surprised how many women will be willing to try it out and who might also share the same fantasy. You will also be surprised by how many women want to share a fetish of their own.

5 Activities to do When You’re Trying to Stay Sober

A Product Review of FBCx: Is it Safe & Effective?