4 Ways to Expand Your Social Circle

Ever since you were in the 7th grade, all you really wanted was to be popular. You’ve contemplated why it comes so easily for some people. You sometimes hear them being called “social butterflies”. These people make friends with everyone they meet and because of their approachable and friendly demeanor, they seem to attract people in droves. Did you know that there are a few things you can do to be “popular”? Read on to find out the secrets of the social butterfly.

Send out a “check up” text around once every two weeks to the people in your phone who you want to stay in touch with. It could be something as simple as, “Hey! What’s new?” or “Just wanted to say hey, what’s going on today?” People will appreciate that you thought of them and just wanted to say hello without asking any favors. When you stay in touch with people in this way, it keeps you fresh in their mind and it also maintains your connection with them.

Meeting new people is becoming less and less exciting. It’s a strange phenomenon but it makes sense when you look at the way we meet people through apps and online. The internet has made talking to people incredibly convenient, we’ve sort of forgotten how to “meet” someone for the first time. The key is to ask questions and seem sincerely curious about their life. Don’t ask questions like it’s a chore. You should also be reacting to their answers as if it’s the most interesting thing in the world to you. They will love the attention and in turn will become interested in you. 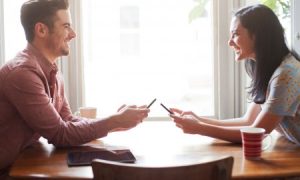 If you’ve only been dating someone for a few weeks and you know it’s not going anywhere, why not turn them into your friend? There’s no point in prolonging the relationship if you know it’s not going last. Plus, she can introduce you to her other hot friends. Keep her as a friend, don’t be the guy who rejects her and then leaves her in the dust. If she’s the one who rejects you, then it might be harder to make the friend thing work. The most important thing to remember when becoming friends with an ex is to not make any sexual or romantic references about the two of you. Women find it pretty easy to be friends with men, it’s the guy that usually messes it up and tries to make a move after forming the friendship. 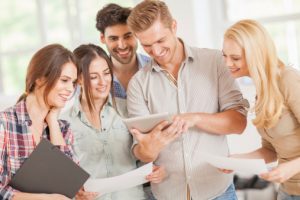 Fill up your social calendar by getting groups together and planning your own outing. Send out a text and see who is interested in your plan. Invite EVERYONE because it’s very likely that only 30% will be able to make it anyway. Have a games night, go out to a concert, go to a comedy club, play soccer in the park, the possibilities are endless. Everyone will be glad you came up with the idea and took initiative to plan it all out. You will also be the first person they’ll invite when they plan an event.